Assamese is going to undoubtedly be made a compulsory subject in most schools in Assam till Class 10, Education Minister Dr. Himanta Biswa Sarma announced in a press meet now on June 7th. 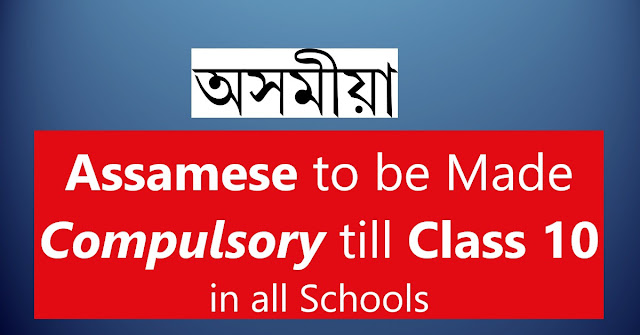 Addressing a media conference at Guwahati Dr. Sarma said,”Assamese subject is going to be made compulsory in most schools. Whoever has declared your choice. Students from class inch -10 may need to review Assamese as being a compulsory subject. “

“Pupils in Barak Valley can elect for Bengali and Pupils out of BTC can elect for Bodo terminology rather than Assamese,” the instruction ministry included.

Previously on December 21s t 2019, ” the ministry stated that State Legislative Meeting the cabinet might present a statement at which any moderate – English, Bengali, Hindi schools might need to show Assamese language like a compulsory field till Class 10.